This is a group exhibition (5 artists). I will have 5 paintings on display. Please RSVP malcolm@membraneart.com

Recently, my painting MA#41 was highly commended in this year’s prestigious Waterhouse Natural Science Art Prize, an international competition that invites artists to investigate the environment around us and present their own perspective on natural science. It’s an achievement just to be recognised. Likewise, I’m also thrilled to be invited to exhibit in the RiAus FutureSpace Gallery during this year’s SALA festival, where a similar synergy between the arts and science has been occurring. This support of the arts highlights how artists can interpret common themes, issues and thoughts in a multitude of different aesthetic ways that can engage mainstream audiences in science. Hopefully, by humanising scientific pursuits we may together speak a common language for all humanity. 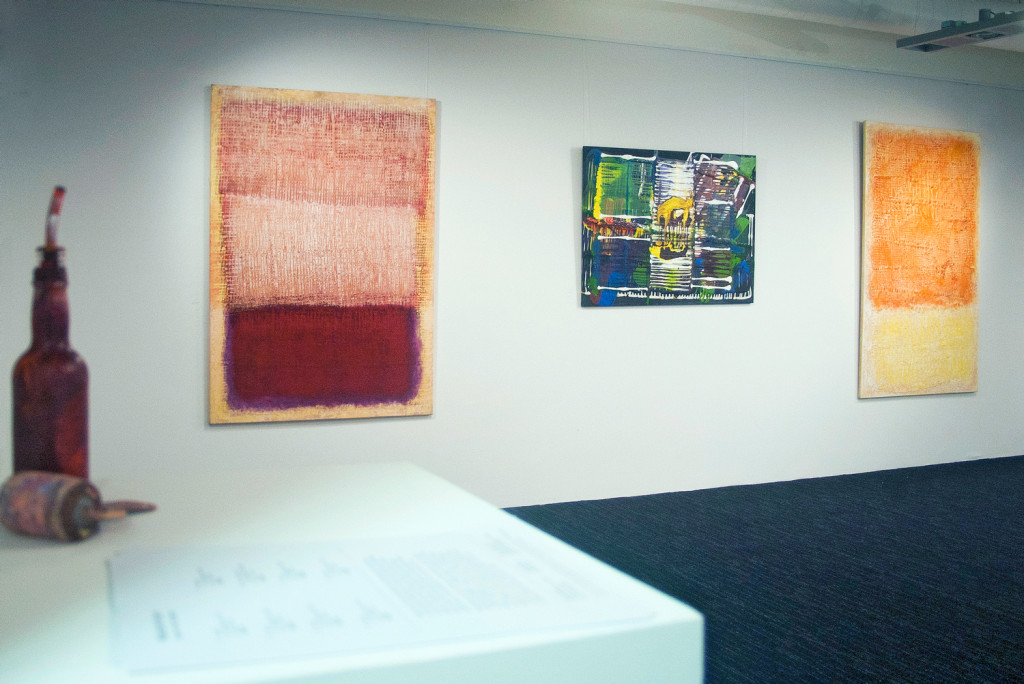 As an artist, I like to say that my art is founded in science. I call my work ‘Membrane Art’ and believe it to be an absolute aesthetic-thought. This is distinct but not separate to the mounted-pieces that are about to go on display in the FutureSpace Gallery, titled Under the Surface. These are the relative-thoughts, the by-products of the absolute-thought which each have their own individual story to tell.

When making a claim that something is ‘absolute’, as is done in science, you need to be able to provide strong, quality evidence to support the theory. For almost 10 years now, since the idea for ‘Membrane Art’ first came to me, I can confidently say that I’ve achieved a body of work and a method of working that can consistently confirm this as so.

It was the 19th-century scientist and philosopher Hermann von Helmholtz who wrote, ‘Everything is an event on the skin’, and these words seems so poignant when you consider the process I employ to produce each piece — quite simply, I undulate the surface before I paint on it, hence the terminology ‘Membrane Art’, as it is the membrane (canvas) that creates the basic structure for the work. Why I paint in this way stems directly from my understanding of nature and the way it appears to be. To understand surface and space, the challenge has always been to imagine the complexities of our world beyond the limits of our visual abilities — you can’t solely rely on the flat 2D surface; it just doesn’t work. So, by questioning the way we see, it became apparent that to understand the presuppositions that shape our world, a new visual language was required. 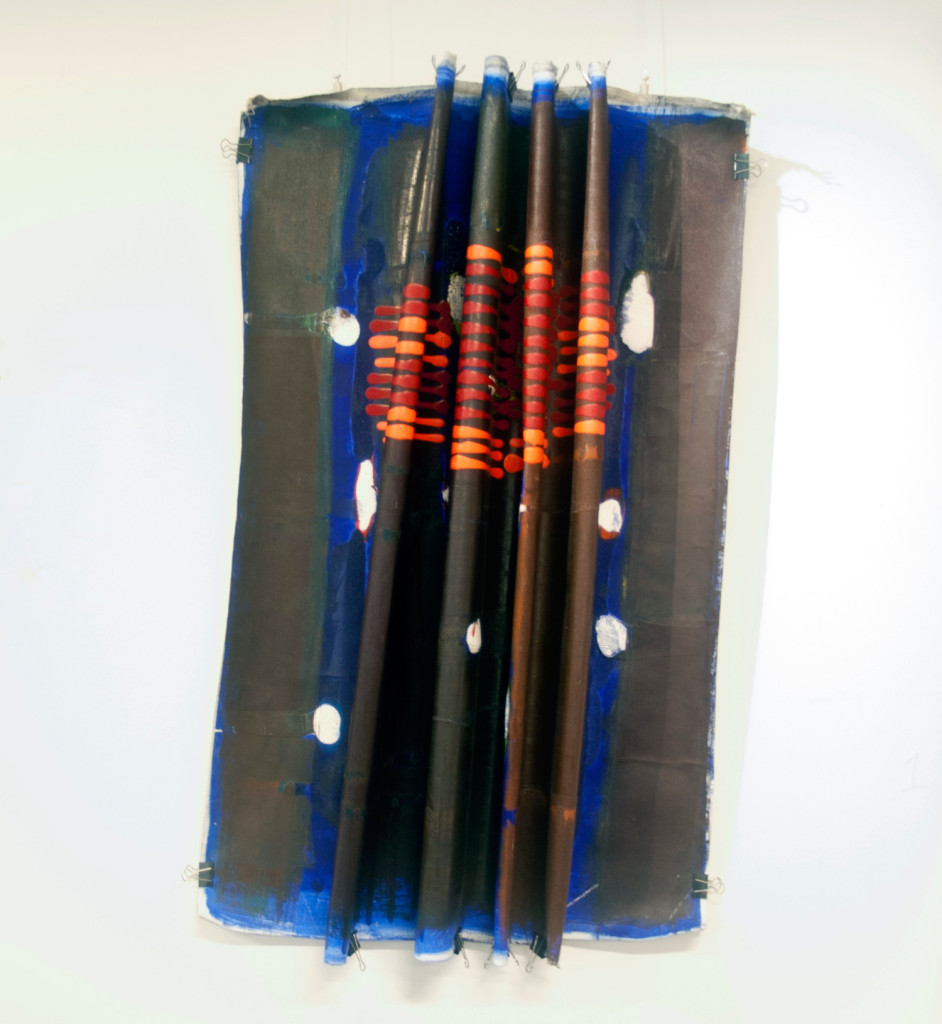 Undulating the membrane was a liberating thought, and it also allowed me to employ modern thinking in physics and geology for which I have a keen interest. I started by experimenting with various materials and techniques, including sizing my own linen to try to build an innate understanding of it. Since then, I’ve been able to demonstrate that I can repeat the idea of absolute thought, in a variety of ways, and under any conditions and circumstances. And just to prove it, I’ve created a new work exclusive to this exhibition, titled MA#47. Rather than just using paint, I’ve taken a circular-saw and made 12 individual cuts on the undulating linen — in this instance I used two undulations, so 12 ‘actions’ have turned into 24 cuts. This hints at particle physics, where it’s possible to be in several locations at the same time. Its only when we observe the cuts on the flat 2D surface do we realise that there’s a relationship between two particular cuts that couldn’t have possibly have occurred unless the surface was in a different state. 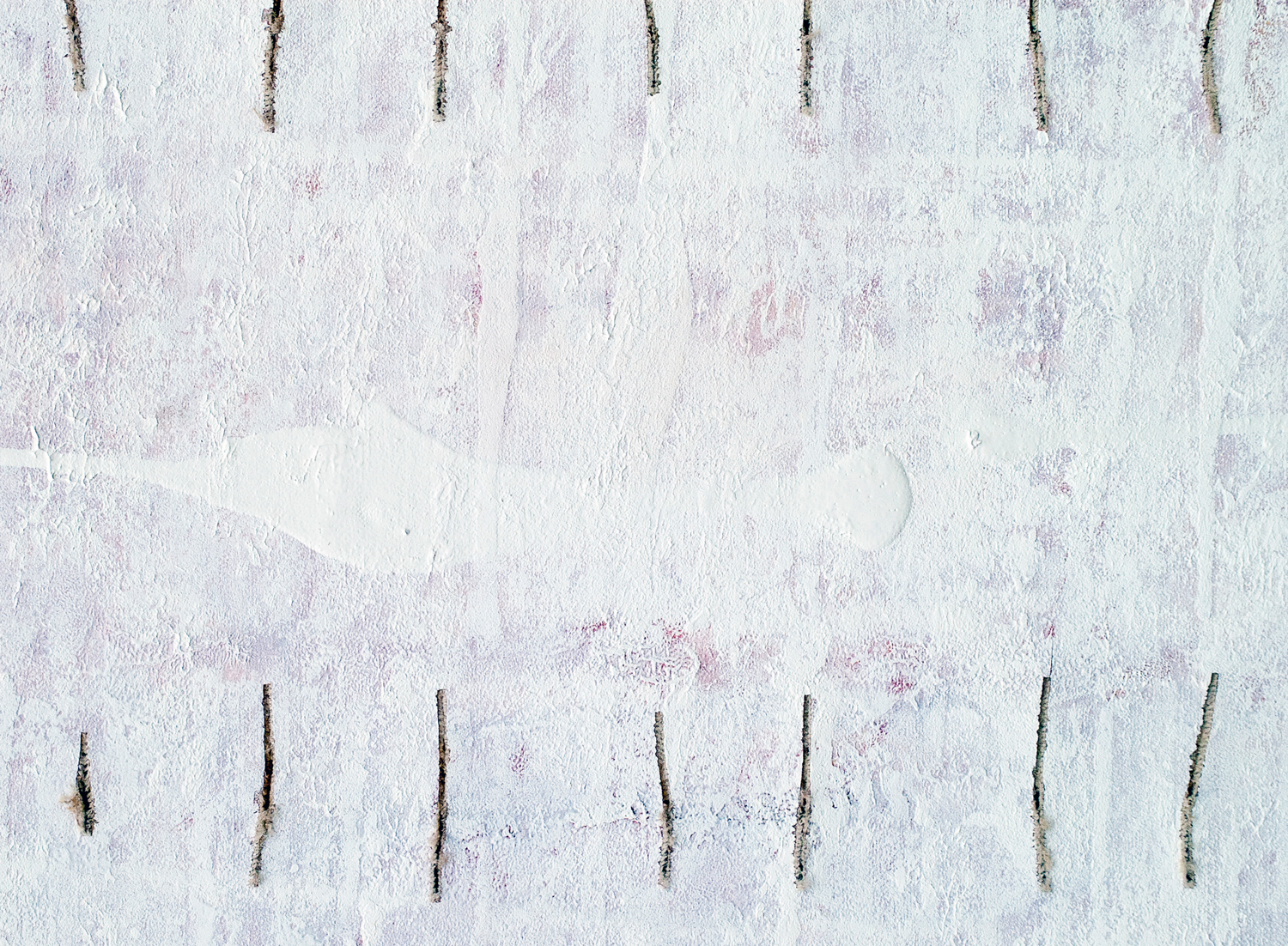 At this point, I must emphasise that undulating the surface is not the complete idea of Membrane Art — the work must eventually return to the flat 2D picture plane, a key part of the absolute-thought. This shows us that the undulating membrane provides a re-enactment of nature (containing multi-dimensional values), and the flat plane generates the human experience (by compressing the depth), a visual metaphor for how we may observe. This is further illustrated in the exhibition by a piece I call ‘undulating-work-in-progress’, and is indicative of how all mounted works are created.

Absolute aesthetic-ideas don’t come around very often. Given recent scientific discoveries about the laws of nature (like the Higgs Field), Membrane Art could well be the contemporary visual language of our times.

I trust you’ll enjoy the exhibition. I’d love to hear your feedback!

Under the Surface will be exhibited in the Futurespace Gallery at The Science Exchange from Friday 1 August 2014 to Friday 26 September 2014. bit.ly/1zakEho

I’m very happy to announce that I was Highly Commended for work MA#41 at this year’s Waterhouse Natural Science Art Prize. With the high quality of work on display, this is a very satisfying achievement. It does mean that my work will form part of a tour to the National Archives of Australia in Canberra later in the year.

The exhibition opens this weekend at the SA Museum: www.bit.ly/1jV37X2