Stories Well Told recently interviewed Malcolm about the RiAus exhibition, Under the Surface. 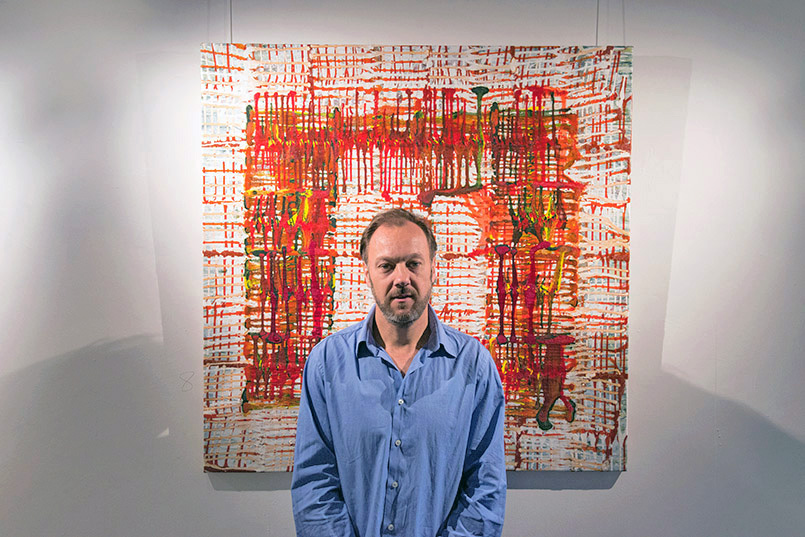 Malcolm, a finalist in the prestigious Waterhouse Natural Science Art Prize for 2014, has always been interested in science and the internal workings of nature.

SWT: How do you examine what’s ‘Under the Surface’?

Malcolm: My objective is to investigate nature. To understand surface and space the challenge has always been to imagine the complexities of our world beyond the limits of our visual abilities. So, by questioning the way we observe, it became apparent to me that a fresh approach was needed to the way we paint. In particular, to decipher the physiology of our world in a way that relates to the multi-dimensional aspects of it. There are more dimensions than the ones that we can obviously see like height, width and depth.

SWT: What fresh approach to painting did you come up with for Membrane Art?

Malcolm: One way to achieve this was to paint on an uneven or undulating surface. This canvas provides a re-enactment of nature and its multi-dimensional values. And then, at a later date, the canvas is flattened, becoming two-dimensional. The human experience is demonstrated by compressing the depth, creating a visual metaphor for how we observe. 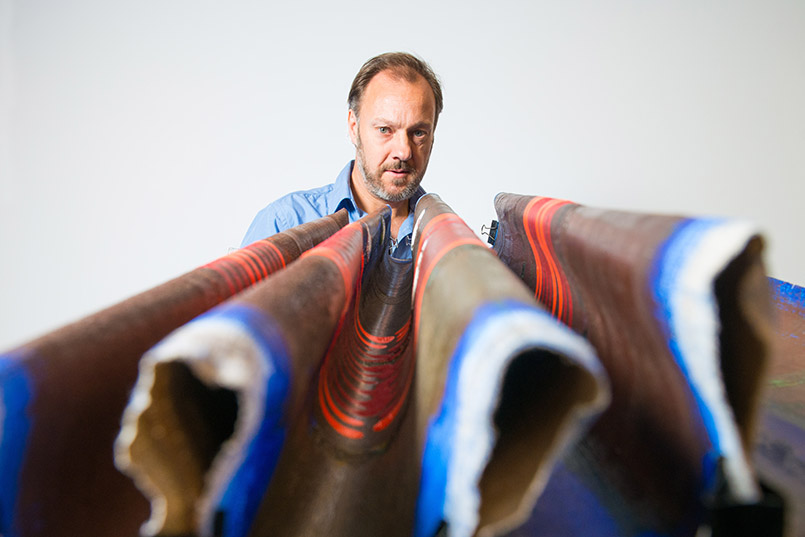 SWT: So are you comparing complex science to human observation?

Malcolm: I’m not comparing them, I’m acknowledging them as one and the same. What I’d like people to see is that when a scientist theorises that we live in a multi-verse, it’s not because they’re conveniently trying to hide extra dimensions to make their calculations work, it’s usually because they make their observations facilitated by tools. Through these tools they can make more observations, more precisely than those our basic senses are equipped to handle.

SWT: Are you following this same scientific method in making your art?

Malcolm: Actually, in my art I often undulate the surface so tightly together that I can’t see where and how paint might flow or blend together, so I’ll rely on my other senses of feel and experience to calculate desired events. This is the unseen physiology. Then opening the work and making it as flat as possible shows that the events that occurred when it was in an undulating state haven’t disappeared, it’s just changed form on the surface.

SWT: Where is Membrane Art heading in the future?

Malcolm: I’ve created a new work exclusive to this exhibition, titled MA#47. Rather than just using paint, I’ve taken a circular-saw and made 12 individual cuts on the undulating linen. In this instance I used two undulations, so 12 cuts across the canvas have turned into 24 cuts when flattened. This hints at particle physics, where it’s possible to be in multiple locations at the same time. Its only when we observe the cuts on the flat two-dimensional surface do we realise that there’s a relationship between two particular cuts that couldn’t have possibly have occurred unless the surface was in a different state.

The RiAus exhibition ‘Under the Surface’ is on until 26 September 2014. 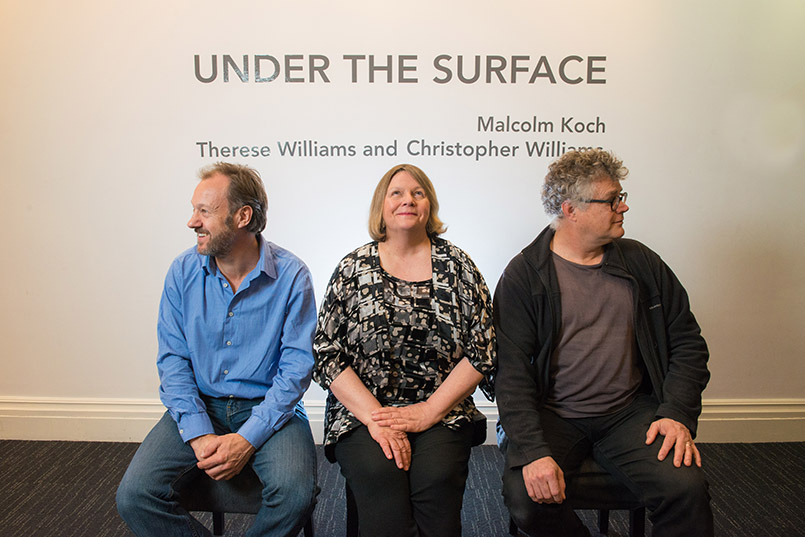