Although incomplete and requiring further explanation, these drafts are just for a bit of fun. I’m trying to illustrate an aesthetic interpretation of how fundamental particles may have evolved in ’empty spacetime’ not flat but as a curve. A kind of proto general relativity phase that results in a quantum blockage/wall developing. Making way for the right conditions to form elementary particles within the manifold. 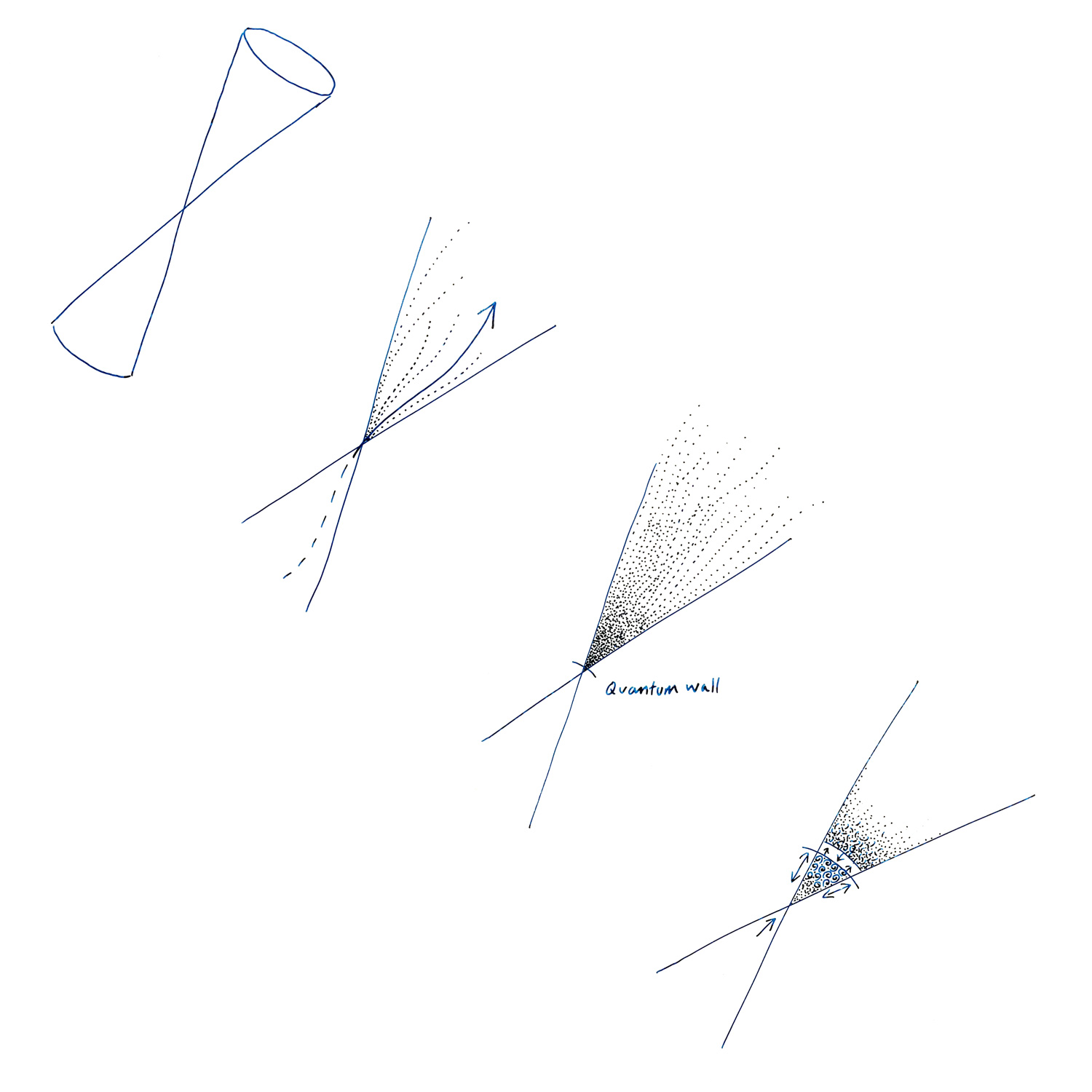 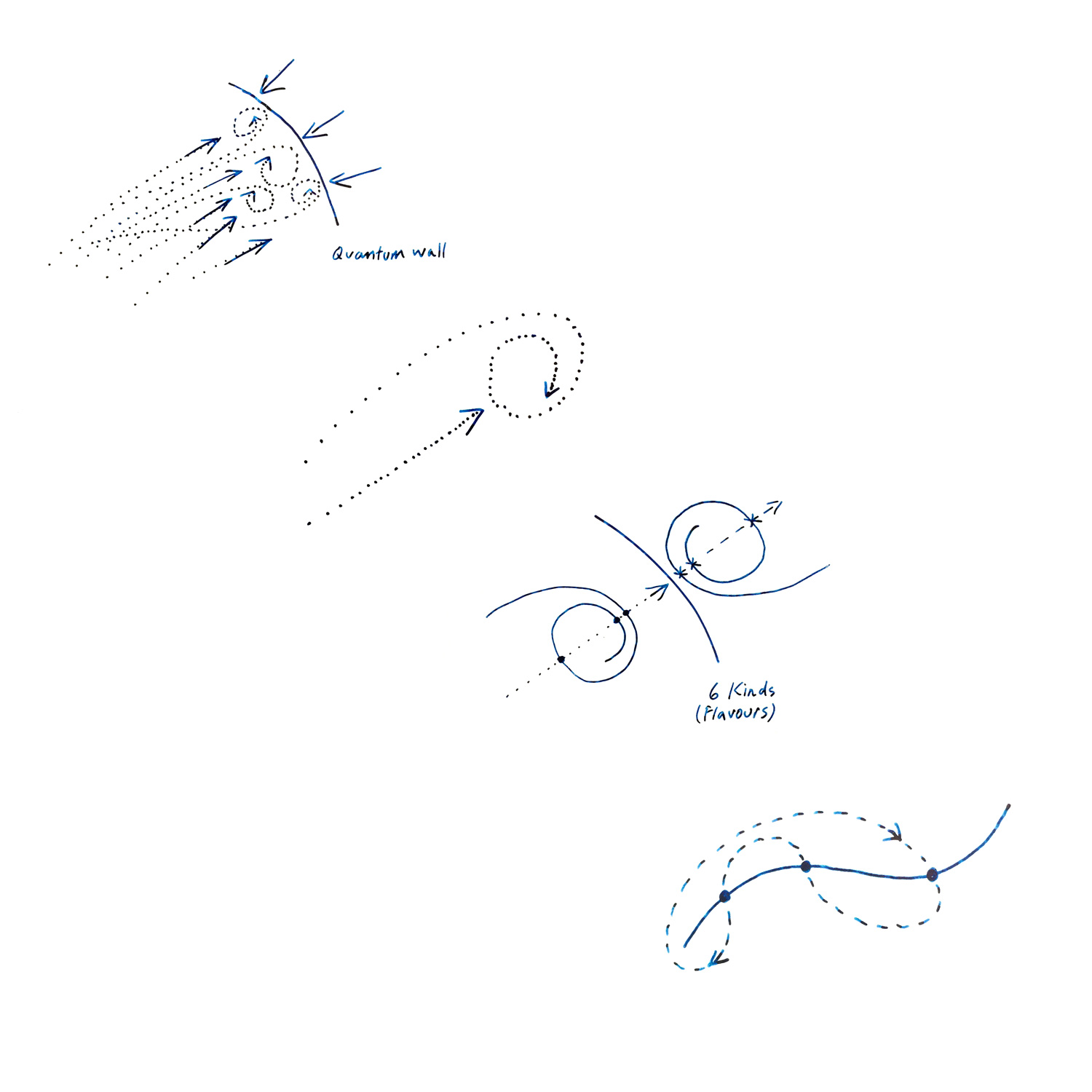 In 2004, I began experimenting with the idea that I could open up surfaces and spaces to countless more perceptual possibilities by painting on a curve rather than on a flat 2D plane. The events created on the curved surface would re-enact the ‘completeness’ of our natural world (particularly at the atomic scale), and when the results are unraveled and revealed on the 2D picture plane it might generate the human visual experience, thus being a metaphor for how we observe.

Since, this approach has enabled me to evolve and develop a body of work that I refer to as Membrane Art. The key influence and structural basis of my art practice.